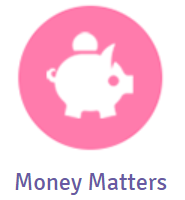 Funding for high needs pupils (which includes EHC plans and IPRAs) is based on three elements:

Element 1 – the first £4000 covers the basic costs that apply to every pupil, whether they have SEND or not.

Element 2 - The next £6000, also comes out of the funding delegated to the school.  Each school’s  overall budget share is calculated using a formula.  This includes a basic per pupil amount, funding for deprivation, and an amount for “Low Cost, High Incidence SEN” which is based on pupils’ prior attainment, as well as a lump sum and amounts for Business Rates, LAC pupils, EAL pupils, etc.  Parts of the main school budget are used to work out a Notional SEN budget that is included in the School Budget Share.  The calculation is set out at the bottom of the school budget share document that is sent out to all schools at the beginning of the year.  The Notional SEN figure is based on:

a)      pupils at SEN Support (half the notional SEN budget) or

Element 3 – Top-up funding for high needs (pupils with an EHCP or IPRA) is organised into levels of funding which are allocated based on the individual needs of the child.  Elements 2 and 3 are combined to fund the education provision detailed in the child’s EHCP.

Sometimes, a school will have to support more than the expected number of pupils with an EHCP or IPRA.  If this happens, an additional £6000 will be delegated to the school as well as the normal Element 3 top-up funding.  To work out how many EHCP pupils a school is expected to support before qualifying for additional Element 2 funding, half the Notional SEN budget is divided by £6000.

This ensures that the school will always have 50% of their Notional SEN budget available to support pupils at SEN Support.

Additional Element 2 funding is calculated automatically as soon as the Statutory Assessment team inform finance that the pupil has been successful at panel.  Schools will get an adjustment to the additional element 2 top-up for those extra pupils that will be paid over as a budget addition at year end.

Notional SEN budgets for individual maintained schools and academies are published online by the Education and Skills Funding Agency can be accessed at https://www.gov.uk/government/collections/schools-block-funding-allocations.

Documents that outline what is expected of

can be found in the Downloads box.